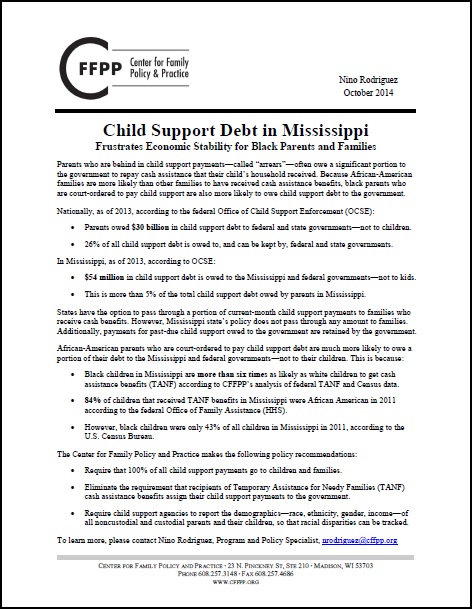 Nationally, as of 2013, according to the federal Office of Child Support Enforcement (OCSE):

African-American parents who are court-ordered to pay child support debt are much more likely to owe a portion of their debt to the Mississippi and federal governments—not to their children. This is because: