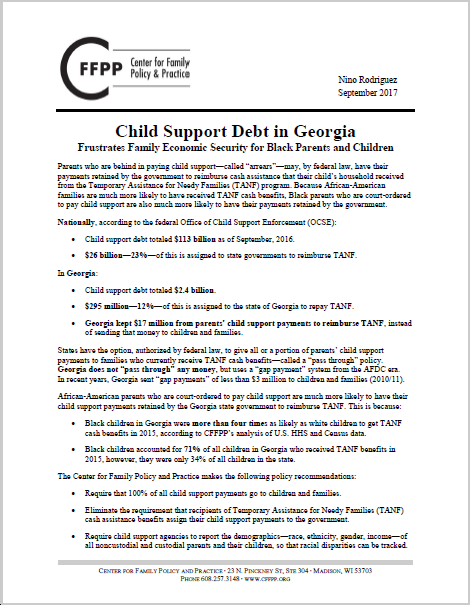 Nationally, according to the federal Office of Child Support Enforcement (OCSE):

States have the option, authorized by federal law, to give all or a portion of parents’ child support payments to families who currently receive TANF cash benefits—called a “pass through” policy. Georgia does not “pass through” any money, but uses a “gap payment” system from the AFDC era. In recent years, Georgia sent “gap payments” of less than $3 million to children and families (2010/11).

African-American parents who are court-ordered to pay child support are much more likely to have their child support payments retained by the Georgia state government to reimburse TANF. This is because:

Require child support agencies to report the demographics—race, ethnicity, gender, income—of all noncustodial and custodial parents and their children, so that racial disparities can be tracked.