A short video titled “Nobody Ever Earned It,” from the House of Ruth Maryland and the Maryland Department of Human Resources, highlights that “Fathers have a uniquely powerful role in ending violence against women.” The video features five fathers who were charged with domestic violence—and who in some cases also witnessed domestic violence and experienced abuse as children. The fathers are recent graduates of the House of Ruth Maryland’s Abuser Intervention Program, the Gateway Project. The video was created to be shown in Department of Social Service agencies throughout Maryland, and the Gateway Project will use it to introduce the topic of parenting in its groups with men.

The following are two powerful testimonies from fathers, both of whom were charged with second degree domestic violence assault: 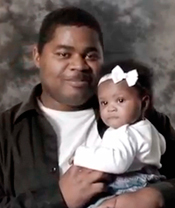 “I seen my father choke my mother. I seen my father throw my mother down the steps when I was little. That’s not a man, that’s not, that’s a monster. … I just want [my daughter] to have a blessed life, I want her to have a beautiful life. I guess I’ve been through so many things in life where’s though it kinda showed me that a peaceful life is something to be honored.” 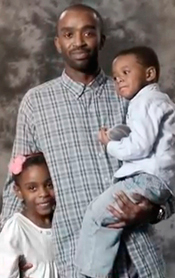 The video concludes with the message: “When men beat on women, kids get hurt.”

This video is an example of the kind of work that current recipients of federal responsible fatherhood and healthy marriage grants can do in partnership with domestic violence experts and service providers. This project was funded by a federal responsible fatherhood grant authorized by the Deficit Reduction Act of 2005. The House of Ruth Maryland served as the domestic violence partner for the Baltimore City Department of Social Services’ Strong Fathers, Strong Families Project.