Punishing the Poorest Families: Wisconsin’s New Budget is More of the Same 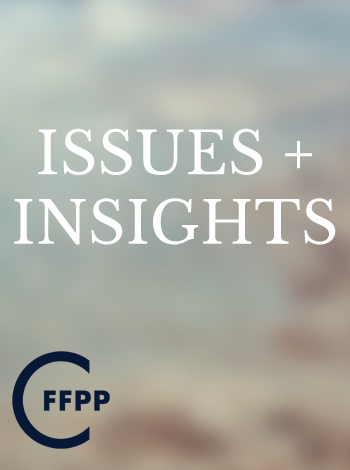 Punishing the Poorest Families:
Wisconsin’s New Budget is More of the Same

Wisconsin’s Governor Walker has recently proposed requiring food stamp and
housing assistance recipients to work or risk losing this assistance. His proposals
reflect a long pattern of targeting the poorest families in the name of making them
more responsible and independent. The strategy can be traced back to the Reagan
presidency, and the years since then have seen the whittling away of the safety net,
which is now so shredded that identifying the next group of families who receive
services that can be cut is itself a challenge of sorts. Let’s briefly trace the history of
these proposals and the attitudes and politics that helped to create them.

In his first bid to become president in 1976, presidential candidate Ronald Reagan
coined the term that encapsulated the notion that (white and working) taxpayers
were carrying the load for ungrateful, lazy, cheating (black and poor) families. They
were welfare queens. They drove Cadillacs. As the political ground shifts today, it is
increasingly difficult to trust what is stated as fact from any politician. But back in
the 70s, Reagan’s false characterization of poor families was accepted by many as
the gospel truth, and policymakers responded in kind once he took office in 1981.
This was the image on which cuts to programs for the poor were ushered in, cutting
away at them through welfare-eligibility restrictions that sought to identify the
“truly needy” for benefits and to move other families off of the rolls. The Reagan
presidency effectively ended the collective national agreement to wage war against
poverty, instead establishing what could be called a war against the poor. A
longstanding, if not outright, resentment against the poor that may have been
simmering among many Americans had found a new life and legitimacy.

In the intervening years, policy makers shied away from prioritizing poverty relief
despite the worsening conditions of families caused by budget cuts and the
recession. It became accepted political knowledge that the only viable path to policy
change was to keep to the center, swallowing the false premise that the poor were
lazy and spent generations collecting welfare checks and having babies in order to
increase their check. It was a little known fact that, even in 1995, about half of
recipients stayed on welfare for one year or less; 70 percent left within two years
and almost 90 percent left within five years. Most families that received public
assistance cycled on and off of welfare, preferring work and private income, but
needing assistance at times to keep from falling into a deep economic hole. But it
was more strategic to develop “personal responsibility” policies that, in many ways,
fed into the myth of the welfare queens and implement programs to push them out
of their perceived complacency.

At this point President Clinton sought to “end welfare as we kn[e]w it,” introducing a
major initiative to “reform” welfare policy, the Personal Responsibility and Work
Opportunity Reconciliation Act. The legislation ushered in a host of new policies that
forced work requirements on welfare recipients as a condition of receiving benefits
and reduced the number of women who were eligible for benefits. If recipients
could not find work, they were forced into “workfare,” a particularly harsh program
because the work done by a recipient was not paid, but served only to qualify them
for their monthly grant. Such measures added burdens to families already stretched
to the limit and under the stress and trauma that is poverty. Other new provisions of
the law instituted a lifetime limit of at most five years for the receipt of benefits, and
forced mothers to identify a father as a condition of welfare receipt so that the state
could pursue the father for child support in order to reimburse itself for the welfare
costs.

As the new requirements proved untenable for families and the economy improved
under President Clinton, welfare rolls dropped. Rather than pay attention to what
was actually happening to the families who were not able to find employment and
so lost this critical level of support, politicians quickly jumped on the drop in welfare
rolls as proof that the new requirements worked. A new myth was born that
pushing welfare families to the brink was the best thing the government could do
for them. Add new requirements and just watch the dependence on welfare drop. It
was not necessary to answer for the families left behind, because politically, they
would not be heard from. They were too busy and powerless to matter.

This model of welfare reform was in fact first demonstrated in Wisconsin. In the
1980s, Governor Tommy Thompson earned his reputation as a successful welfare
reformer based on Wisconsin’s early “reforms.” He would go on to become the
Secretary of Health and Human Services under President George W. Bush. The
state’s first demonstration required participants to find a job within 24 months or
lose their welfare benefits. The Heritage Foundation described the deep cuts of
more than half of the state’s welfare rolls as the Wisconsin Miracle, despite a lack of
evidence that the families cut from welfare had any means of survival left to them.
Robert Rector, one of the architects of the model, stated in an article in 1997, “Many
states brag about their recent declines in welfare dependency…[but] other
reforming states lag a half-decade behind Wisconsin; they are only now engaging in
the initial stages of dependency reduction that Wisconsin accomplished in the late
1980s. We might say that the reforms in most states have merely blown the foam off
the top of the beer mug, while Wisconsin has already drained the mug halfway to
the bottom.”

The language used today to promote proposals to cut people off of basic government
assistance is almost as clever as that of the Reagan administration. It isn’t leaving
people to suffer additional trauma in lives that are already unsupported and
economically nearly unsustainable. In defending his proposals, Walker invokes an
image of meaningful work that is available for persons who, by definition, have been
unable to find meaningful work and likely lack the experience and skills needed to
compete in the labor market. It’s as if he is simply giving them a helpful little nudge:
“If you love your neighbor … the best way to help your neighbor is to help them get
back up on their feet again and control their own destiny.”

In fact, Walker’s proposals would cut food stamp benefits and housing vouchers for
parents who work fewer than 80 hours a month and require parents with children
between the ages of 6 and 18 to attend job training and search for work five days a
week. And he has already written to President Trump asking for more state control
over welfare programs, including allowing Wisconsin to require drug tests for some
people receiving food stamps.

A similar work requirement for childless adult food stamp recipients has been in
effect in Wisconsin since 2013. Under the requirement, all food stamp benefits are
cut off after three months of noncompliance with the work requirements. By April
2015, the policy had resulted in 21,000 recipients finding work (but the wages and
stability of the jobs are not clear), and 64,000 Wisconsin residents losing their
benefits. That’s more than three recipients cut off of food for every one recipient
who managed to find some kind of work in that period. It even seems likely that the
number of recipients moving into jobs would have been similar without the harsh
penalty. But again, this is considered a success in the language of political
stakeholders who exhibited little interest in learning what became of those 64,000
residents.

There might once have been an argument that made sense for finding ways to keep
a small minority of welfare recipients from opting out of the labor market for
generations. Those days are long gone, however. So are the welfare recipients. Since
1995-96, the welfare (TANF) rolls in Wisconsin have dropped from 63,100 families
to 26,200 in 2013-14. According to a recent analysis by the Center on Budget
Priorities and Policy, “In 2015, for every 100 poor families with children in
Wisconsin, only 24 received TANF cash assistance. From 2001 to 2015 the number
of families with children below 50 percent of the poverty line grew by more than
half. During that time, Wisconsin slashed its investments in work activities and cut
spending on child care to help poor families find and keep jobs.”

What does the drop in TANF participation have to do with Governor Walker’s new
proposals? Everything. Because there aren’t enough welfare recipients left who can
be subject to new work requirements, you have to go down the line of assistance
programs if you are to find new targets. Families who receive food stamps and
housing assistance have, for the most part, been protected from the political
gamesmanship that has been played on TANF and childless adult recipients. This is
because federal laws have not allowed for the kind of policies Walker is proposing.
Depriving families of some of the last small shreds of the safety net—food and
(extremely limited) housing assistance—has been viewed as a no-win area of policy
even among those with the harshest view of the poor. The image of hungry and
homeless children doesn’t match the image of welfare queens losing their Cadillacs.

Good and caring people can view policies that push people to do better in their lives
and to gain work and experience as a positive move to help the poorest families gain
a foothold in a difficult economy. For some families, policies that push them to find
jobs are effective at this. But unless we look first, not last, at the families who are
harmed if the policies don’t work for them, and make laws and policy that
strengthen the supports for them, we will end up with policy inflicts yet more
trauma on the families who can least afford to be harmed.