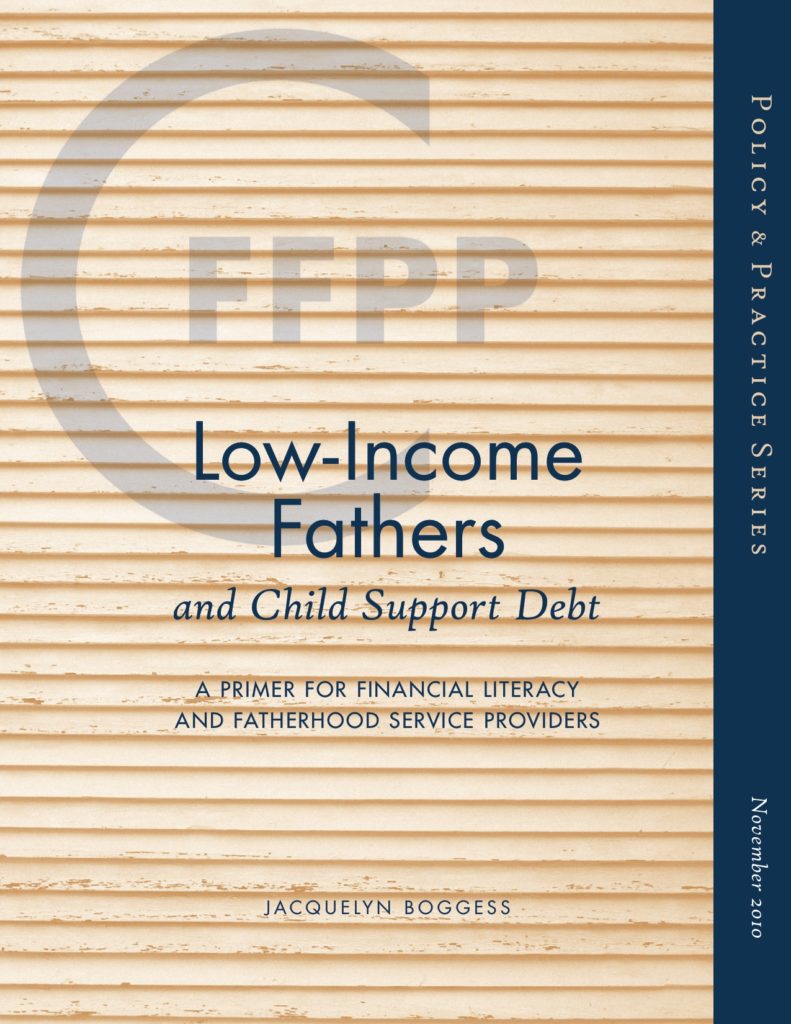 A Primer for Financial Literacy and Fatherhood Service Providers

The financial need of low-income, single-mother households has been a societal concern since long before 1935 when the Aid to Dependant Children program was codified in the Social Security Act. Then, as now, women and children who are moving toward economic security and financial stability need income support and social services. According to 2009 census data, both the poverty rate and the income disparity between the poorest and wealthiest American families are the highest they have been in fifteen and thirty years, respectively (DeNavas-Walt et al. 2010, U.S. Congress Joint Economic Committee 2010). The data also show the continuing gendered nature of poverty in the United States—women and children still suffer the deepest, most intractable poverty.

In 1995, the federal government indicated an intention to replace government aid with nonresident fathers’ financial contribution as the main source of support for single-mother households. In that year, President Clinton issued an executive memorandum to the heads of executive departments and agencies directing a review of agency activity related to the role of fathers in families. The following year, Clinton “ended welfare as we know it” by signing the Temporary Assistance to Needy Families (TANF) program into law.

Fifteen years after the end of entitlement to income support for families in poverty, there is political and intellectual disagreement as to the efficacy of welfare reform. However, there is general agreement on two important points: (1) children, as a category, are the poorest Americans and (2) children and custodial families need reliable (and sufficient) financial support from nonresident parents. Most welfare policy stakeholders would go further to say that custodial families with nonresident parents must be able to rely on child support income as part of the foundation of their household budget. This consensus has provoked policy reform and program design efforts to include both parents—fathers and mothers—in the social welfare policy notion of family.